In this episode, Rob Reinhardt and Gordon discuss some tips on creating products to diversify income for your private practice. Rob explains how his first product Describe cards, came to be. Describe is a deck of cards that supports over three dozen games for people of all ages. Then, Rob explains how he came up with the second deck and the activity board. Later, Rob gives tips on things you need think about before starting your product line and the two wrap up by talking about private practice websites and the occasional need to outsource. 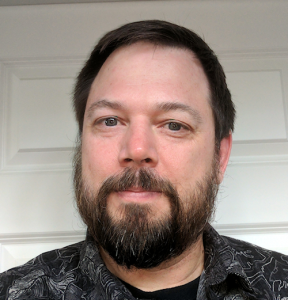 Rob Reinhardt, LPCS, M.Ed., NCC has his own successful counseling practice and is CEO of Tame Your Practice.  Known for his expertise in reviewing and recommending EHRs for therapists, Rob previously worked in Information Technology for over ten years and has lived around technology his entire life.

The words that Rob is regularly trying to get from is clients are adjectives. Emotions are adjectives. Rob started to tinker with cards that had adjectives on them; it’s easier to pull out words when they are on the cards. Rob asks his patients to pick out five cards that describe themselves and five cards that represent somebody else. Over the years, he has refined and developed into a deck of cards with over three dozen activities. Plus, he has launched a second deck and an activity board. Rob doesn’t want the only market Describe products to counselors and therapist, loads of other people buy the products too. For instance, teachers, families, and coaches are all fans of the products. However, will people outside of counseling and therapy be buying the activity board?

When Rob is at conferences promoting his describe cards, he wanted something interactive for the people attending. He made selfie boards, laminated adjectives, and had people come into the booth and take a selfie with the adjectives. It helped people be social and understand how the describe cards worked. People started asking him how much it costs to buy the boards; he didn’t see this coming. He probably would not have thought of this if people hadn’t asked him for it first.

Take time and prioritize, make sure the idea is viable before starting down the path. We only have so many hours in the day, figure out which ideas you are going to focus on to be successful. If Rob followed every idea, none of them would have been successful executions. Here are some helpful tips Rob follows when creating a product:

1. Conceive – Come up with the idea, and what does it look like?

2. Assess – Talk to other people and ask how they see it. What are the needs associated with this product?

3. Evaluate – Can you do this? If you do research and you find out it’s $30 to produce, how much are people going to pay for the product?

4. Logistics – Now you need to create the product or service and maintain it.

Pricing will depend on what you are producing, what your market looks like, and what your goals are. A lot of people will create an eBook and give it away for free because they can use the eBook to draw in people, so they end up on your website. How many people will you end up gaining from it and does it pay for itself? If you are looking for a self-sustaining product and revenue-generating, then you have to look at it what it costs for you to produce and how much people will buy it for. Also, you need to consider if it will be worth your time and effort in the long run. If it only generates $20,000 a year, it may take up too much of your time to be worth it. Think of the long-term, is it a one and done thing, or will it continue to evolve?

Even though Rob’s website is not the product, he wants to appear to be a tech expert, so Rob knew he needed an excellent website. Plus, he needed a mobile-friendly and clean site. Pieces of it were outsourced. For instance, he is not a graphic designer, so he had the artwork done for him. The website itself was crafted by Rob using WordPress. Sit down and crunch the numbers, will it be cost-effective to hand off your website to someone else? Gordon changed servers recently, so he hired someone to do it for him. It was well worth the money that he spent. WordPress has so many moving parts, not knowing certain aspects will indicate you may need to outsource.

FREE Webinar: How To Make Money In Private Practice