HOW THE SESSION NOTE HELPER WILL HELP YOU

The Session Note Helper system will help you quickly write session and progress notes using standard phrasing using menu items and check boxes. The finished document is in a narrative format that can be saved, printed or pasted into your EHR system.

USES THE TOOLS OF GOOGLE G-SUITE

CUSTOMIZATION TO YOUR NOTES

The Session Note Templates can be customized to meet your preferrences.

Can be used on mobile devices to work anywhere you have an internet connection.

Easy setup with just 4 steps to keep your notes safe and stored in your Google Drive.

The notes are easily edited and can be saved in either DOC or PDF formats. They can also be used in conjunction most EHR systems.

The system can be made HIPAA secure using Google G-Suite and the BAAs offered by Google and Form Publisher.

One of the biggest “game changers” for therapists using G-Suite is its ability to integrate the functionality of the different apps. For example, using Google Forms and Google Docs to streamline various documentation processes.

We do things pretty much the same...

Most of us tend to use a lot of the same phrasing and clinical language in our documentation. That is not to say that we use the same note every time (No cloning of notes! That’s just unethical and probably illegal!). But when working with clients we do tend to describe what happens in sessions pretty much the same way.

For example, if you have a client that is struggling with depression and anxiety, you will probably say something like this in your notes: “The patient presents with symptoms of anxiety and depression…” And you will do that with most anyone who comes in and presents with those symptoms.

It just makes sense that if you say it that way almost every time, why should you have to type that out every single time? And there are lots of other ways we say things in our notes pretty much the same way each time.

So why not automate that process? The good news is that you can!

Session Note Helper™ Does This…

To me the solution I needed was to have an application that I could use a series of checkboxes to “checkoff”:

Have it produce a narrative document I could enter as an electronic record or print. The solution was to use Google Forms in conjunction with an add-on, Form Publisher, that creates a Google Doc from what was entered in the form.

All of this works together because of an add-on called Form Publisher that has superior support and will provide at BAA (business associate agreement) that is required for HIPAA compliance.

“The Session Note Helper has helped me drastically reduce my session and progress note writing time. I have customized it to my needs and helps me write accurate and meaningful documentation for my clients”

The Session Note Helper system uses an add-on called Form Publisher that gives the ability to use responses from a Google Form to be sent to a Google Doc in a narrative format.

The user fills out a Google Form by clicking and selecting checkboxes to generate a completed session note in a narrative format.

The user can complete the form in just few minutes. The Google Doc that is generated can be changed and edited as needed. It can also be printed or saved in DOC or PDF format.

Version 3.0 of The Session Note Helper is more secure and meets HIPAA compliance standards if it is used in conjunction with the G-Suite for (a paid Google Account) and the Form Publisher add-on.

With the *paid version of G-Suite, Google will provide the BAA (Business Associate Agreement) required by HIPAA. The Form Publisher add-on will also provide a BAA to make the system completely HIPAA compliant.

Your notes and data remain in your Google account safely stored in the Google Cloud which is more secure than saving on your personal devices.

*This is an affiliate link which simply means we received a commission, at no extra cost to you if purchase using the link. 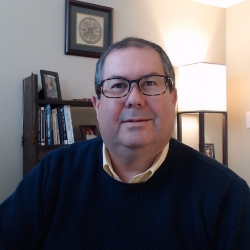 How the Session Note Helper Came To Be

I knew there had to be an easier way to write my counseling session notes without having to type EVERYTHING out. There had to be a way to work smarter and more efficiently!

I had tried using checklists session notes and progress notes but unfortunately, those just didn’t seem to cut it either!

What I needed was a way to put together something in a narrative format that actually described what I did in sessions.

Thus Session Note Helper™ was born! When I was writing my notes, one of the things I noticed was that I tended to write and use a lot of the same phrases for my session/progress notes.

So I put some thought and research into developing a session note that essentially writes the note for me using checkboxes.

It uses the applications and tools of G-Suite; Google Forms and Google Docs. By using the add-on Form Publisher, the user simply fills in a Google Form which then generates a note in a narrative format.