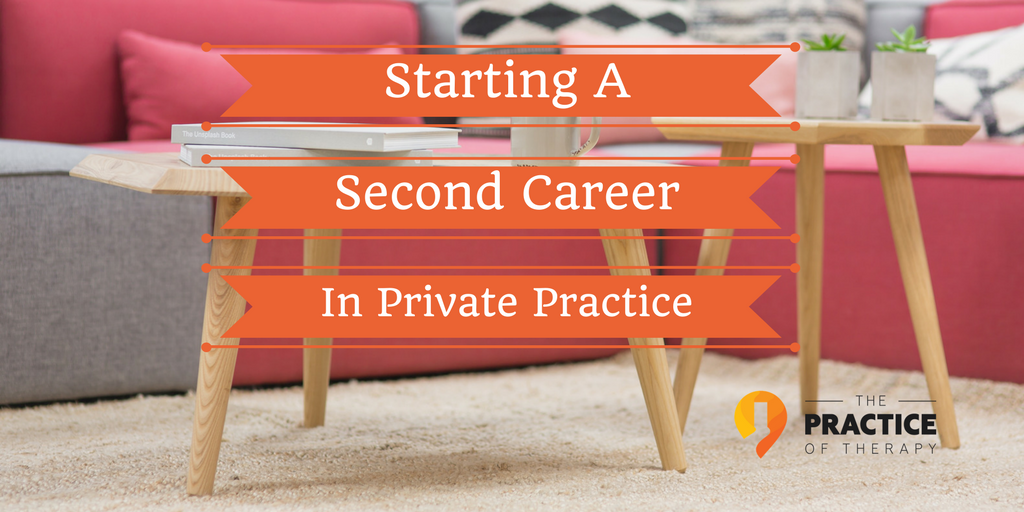 When I went into the mental health field about 15 years ago, it was after spending nearly 20 years in another career.  Like so many people in our profession, many of us are second career therapists.  And many of us have been in totally unrelated fields.  For me, I was a funeral director for nearly 20 years. (Lots of great stories about that, but won’t go into that here!)

It is an interesting thing and seems to happen a lot, in the counseling and psychotherapy field. There a lot of people who go into mental health counseling as a second career.  As a result of this phenomenon there are a lot of people over the age of 40 that have made that transition.  When you think about it, it does make a lot of sense.

As we age our priorities and values tend to change.  We do things like have children and family tends to become much more important.  For many, the 9-5 grind just gets old.  Work-life balance becomes much more of a priority.  Also, with age and experience, we develop skills and a proficiency with our jobs so they just feel less challenging.

For many people in their 40’s, the recognize that it is going to be around 20 plus years before they retire.  Then they ask themselves if they want to keep doing what they are doing now until then.  I know that was true for me which is what prompted me to go back to school and get my graduate degree in counseling.

One source said, “ Almost a third (29%) of pre-retirees plan to change careers in the next five years, a new survey reveals. Their top reasons for making a switch: less stress and more work-life balance, according to a survey of 1,006 people, ages 40-59…” (USA Today)

Its Not About The Money

Another thing that I think tends to happen for people who go into the counseling and therapy fields as a second career, is that people recognize the value of helping others.  The importance of giving to others somehow clicks more later in life.  It becomes a more prominent core value.

One theme that seems to be true for many people changing careers and going into the mental health field is that it is NOT about the money.  In fact there are many people who give up high paying jobs.  Financial analysts, bankers, attorneys and any number of other professionals have made the leap to become professional counselors or therapists.  It is about quality of life and rather than “quantity” that these people value most.

Going back to school to get the degrees and skills to become a licensed counselor or therapist has a way of challenging a person in such a positive way.  Older students might feel a bit out-of-place in the middle of a younger crowd. But they usually do very well in school because they are there because they want to be.  Their motivation is there with the end in mind; having a second career.

Going into private practice as a counselor/therapist is a great second career option.  Regardless of previous careers, a person with those previous life experiences can bring so much to the table.  This is especially true for those who have worked in business or in serving the public in other ways.  A lot of those skills translate well in private practice.

Going into private practice as a second career has many advantages. And as was mentioned before, a lot of it has to do with life/work balance. Being self-employed and in private practice gives one a lot of freedom and the ability to spend their time and energy how they want to. You get to set your own schedule and decide on the number of clients you want to see. Private practice essentially allows a person to virtually be in complete control of how and when they work.  Also there is more earning potential in that you can grow as large as you want to.  For example, starting a group practice would allow you to duplicate your efforts.

The downside of being in private practice is that, at least in the beginning stages, you do not have the security of a steady paycheck and benefits you have with traditional employment.  And you do need allow yourself time to grow.  Second career therapists are usually at an advantage here because they have already established themselves financially in their previous careers.  When making a career change there is a lot less pressure when you have some reserves.

One way to dig in a little deeper with this is to sign-up for the e-course, “Love the Work, Hate the Job” that was created with second career therapists in mind; specifically those people transitioning from agency work into private practice.  The course will also be helpful for those making total career changes.

If you are reading this article, you are probably either thinking about making a career change, or in the process of making those changes, or you have already jumped in and made the change.  Moving into private practice as a counselor/therapist is absolutely doable!

Here is a list of tips and things to think about in that journey:

The thing that is wonderful about second career therapist is that they bring so much to the profession.  Their life experience and wisdom makes them truly awesome therapists. 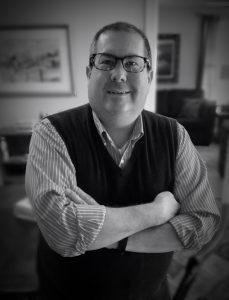 By L. Gordon Brewer, Jr., MEd. LMFT  – Gordon is the President and Founder of Kingsport Counseling Associates, PLLC. He is also a consultant and business mentor at The Practice of Therapy. Follow us on Twitter @therapistlearn.  “Like” us on Facebook.