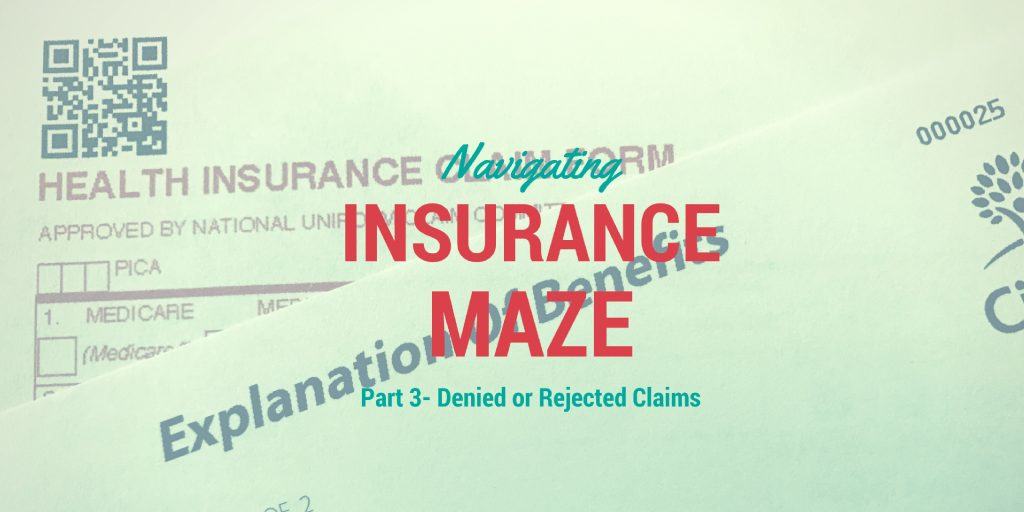 In the first two articles (Part 1 & Part 2) we looked at what is needed for someone in private practice as a counselor to file insurance claims once you are credentialed with an insurance company. In this post we’ll look at what needs to happen if an insurance claim is denied or rejected.

First of all, understand that if you have things set up well to begin with and that you do a thorough job on the front end, rejected or denied claims are usually at a minimum.  The most common reasons that claims are rejected or denied is that there is missing or incorrect information on the claim.  For example, the client’s insurance policy or member number is incorrect or missing digits.

As mentioned in the previous articles, one way to avoid the problem of missing or incorrect information on the front end is to use a clearinghouse to file your claims.  The clearinghouse “scrubs” the claim for errors and notifies you of what is missing or incorrect before the claim is sent to the insurance company.  Nonetheless, sometimes claims still get rejected or denied.

Here are a few of the common reasons claims get rejected or denied:

The good news is that you usually can figure out why a claim was denied or rejected by simply reading the EOB (explanation of benefits) that the insurance company sends either by mail or electronically.  Usually there is an explanation code or message giving a reason for a rejected claim.

After you have discovered why a claim is denied or rejected, you can then correct the claim and resubmit it.  To do this you may need to call the insurance company to find out if they have any special codes for resubmitting a corrected claim.   These are entered in block 22 along with the original claim number found on the EOB or in the clearinghouse.

One strategy that many therapists and counselors in private practice use is to just pick a few of the major insurance companies for your area to be credentialed with.  That way you are concentrating on just those insurance providers that will pay you quickly and at a reasonable rate.

Also I would highly suggest that you look at outsourcing your insurance billing and claims.  For example hiring a virtual assistant or a medical billing company to handle your rejected or denied claims.  For me, I have a person who works entirely remotely who has access to my EHR (electronic health records) and clearinghouse systems.  She checks them weekly for any claims that need follow-up.  She then bills me for the time she spends.

Other models collect a percentage of what is collected.  I prefer having it based on an hourly rate myself. But you can decide what best fits your business model.

Dealing with rejected or denied claims are a “pain” to deal with.  But once you learn some of the nuances of the various insurance companies that you are in-network for, the incidents of denied claims will reduce. 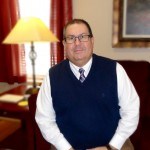 By L. Gordon Brewer, Jr., MEd. LMFT  – Gordon is the President and Founder of Kingsport Counseling Associates, PLLC. He is also a consultant and business mentor at The Practice of Therapy. Follow us on Twitter @therapistlearn.  Join the Facebook Group.