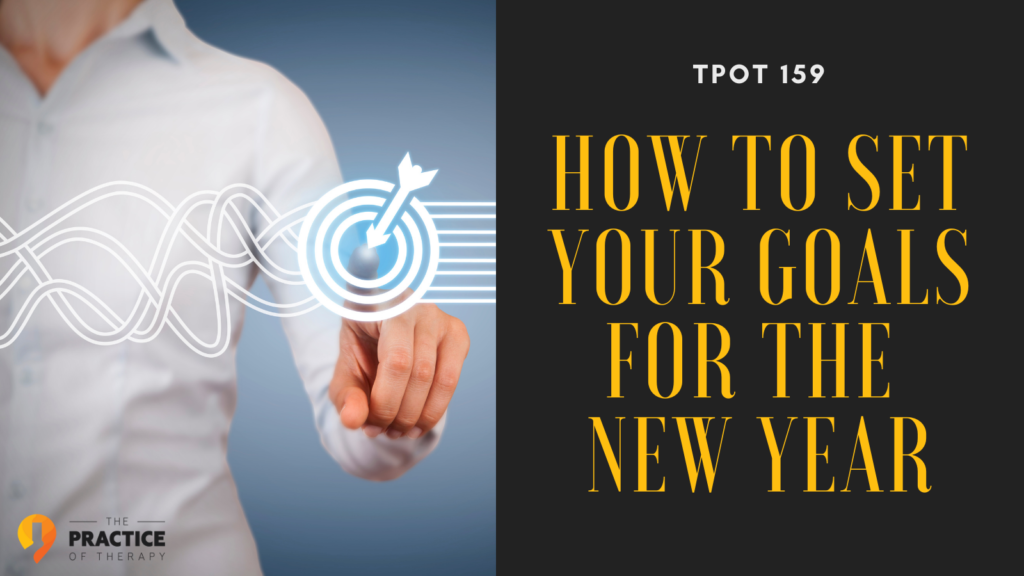 “If you don’t know where you’re going, then how are you going to get there?” It’s essential to have goals that are tangible and written down. In this episode, I walk you through part of the process that I use to develop plans for myself and how I’m able to stay on track and organized. As you move through 2021, one of the things that I would encourage you to do is to spend some time writing things down and doing quarterly reviews. Tune in as I talk about planners, SMART goals, and The Big 3.

When we think about goal setting and all that we do to run a practice and manage our own lives, I think it’s essential to have some goals. Make sure that your goals are tangible and written down.  You have a forty percent greater chance of completing a goal just merely by writing it down. One of the tools that I use pretty consistently now and for the last several years is the Michael Hyatt Full Focus Planner. My friend Michelle makes another planner that I recommend. You can hear Michelle Hardman, LPC from The Primed Practice on TPOT 101; the planner she developed is called the Primed Planner. It is one that she created specifically for therapists. Whichever tool you choose to use, I think it’s good to have a way that you can use to keep yourself organized and on track.

The other thing about having a plan or having a system is it should be very goal-directed because, like the quote says, “if you don’t know where you’re going, how are you going to get there?” It’s essential to break things down into smaller pieces to know how to accomplish what you want to achieve for the year. I think the other thing about goal setting is that when we think about our lives, our businesses, and what we do in our practices, we have many different domains or different areas of our life.

Most of us are kind of interconnected; we have our home life, private life, what we do with our friends and family, and all of that. There is probably a whole set of goals that you want to have around your personal life, like your health, taking care of yourself, and self-care. Then we have our business goals that revolve around our private practices. Think about what growth you want to have, how you want to build your practice, the milestones you wish to set for yourself, and moving forward in your practice.

One exercise that I think is always helpful is, and this is my brain dump exercise. Use your planner, and jot down and label each of the domains in your life. For example, you might have your practice; you might have a church community domain, personal finances domain, and business finances. Plus, you’ve got your family life; you have your immediate family and extended family. It’s essential to jot those down, and then under those different domains, do a brain dump. When we write things down, our brains process that information a little differently.

The Big 3 allows you to work on three big goals per quarter. When working on big goals, break them down into smaller pieces. There’s a thing called SMART goals (specific, measurable, achievable, relevant, and time-bound). When you think about making goals, they need to be specific. They need to be measurable, and they need to be actionable. They also need to be risky to some degree. In other words, you need to get out of your comfort zone a little bit with making goals. Goals need to be time-sensitive. You need to be able to have an end date in mind when setting a goal. Also, they need to be exciting and something that you can get behind rather than something you dread. Lastly, goals should be relevant and aligned with your own values.